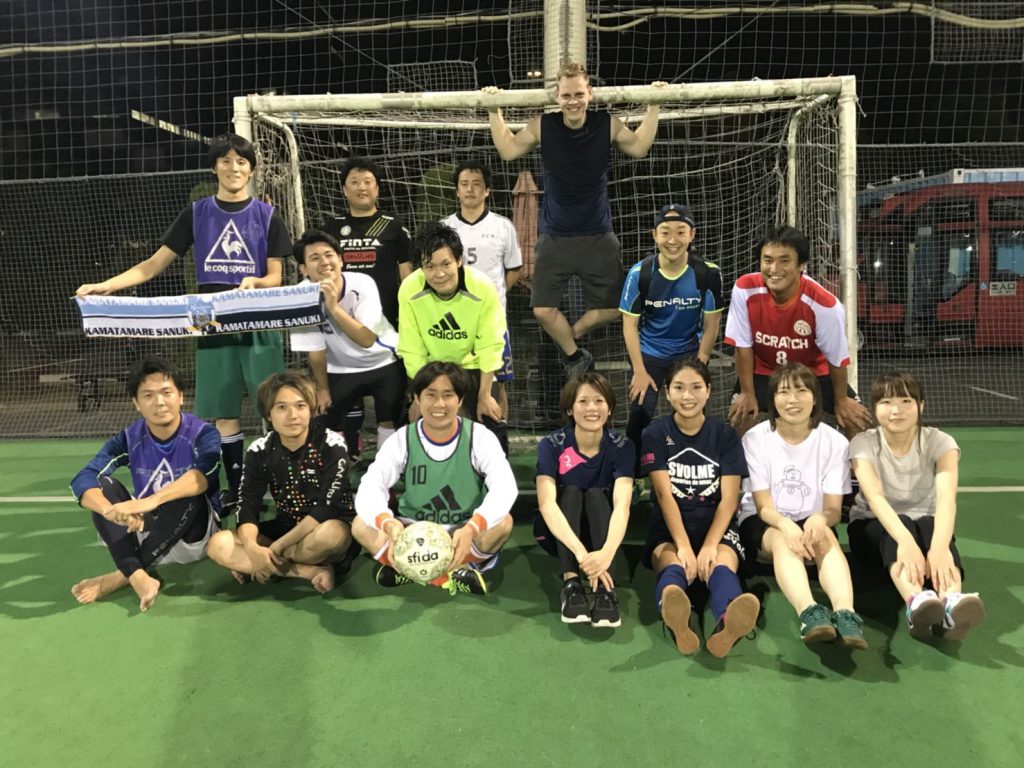 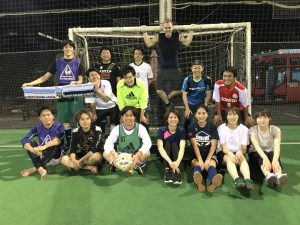 On the 12th of September we held our Footbank futsal.

This time was Odaiba!

There were 17 participants (7 Footbank employees, 10 people joining from outside, incl. four girls).

Intermediate level players warmed up with an elaborate blend of flexibility inducing and Brazilian exercises.

We merged, yet again divided into 2 teams, practiced some passing game and then finally game time!

We divided into 3 teams to play each game for 6 minutes.

One of the girls had participated for the first time the previous time, this making it her second go. She was involved in many goals and seemed to enjoy the game.

In the second half, maybe because of both fatigue and intensity increasing, one player got injured but fortunately it was nothing serious and it was an enjoyable meetup.

Everyone participating, thank you very much!