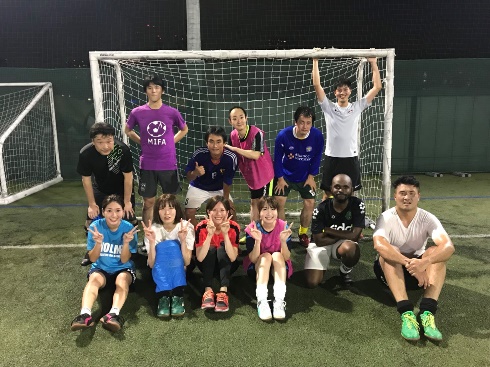 On the 28th of August we held our Footbank futsal.

There were 13 participants (5 Footbank employees, 8 people joining from outside, incl. four girls).

First participants were divided into beginners and intermediate level and did some warm up exercises.
Among the beginners, there were such people kicking the ball for the very first time. For that reason, they practiced the most basic “stop the ball, then kick it” and to be aware of the trap that follows thinking about the next move. For them it’s very important to practice to stop ball first than kick away. In the meantime, the more experienced players were involved in such exercises as the ones making the body more pliant, rapid passing and 4:2 passing drills.

After that, the participants were divided into 3 teams to play each game for 6 minutes.

October the climate is also good, and I think everyone really enjoyed kicking the ball.

Thank you very much for your participation.