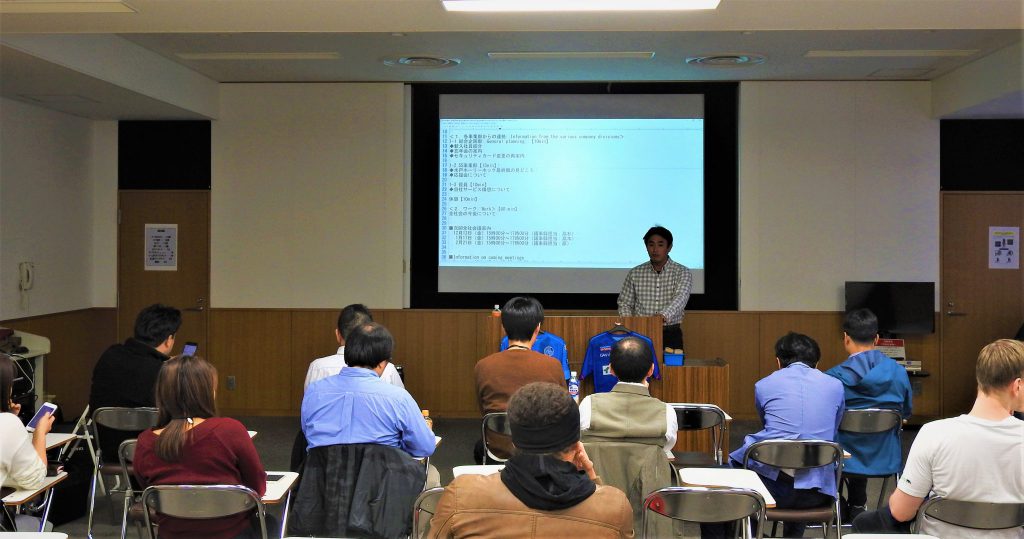 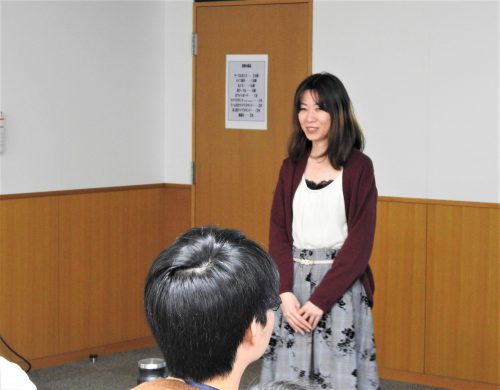 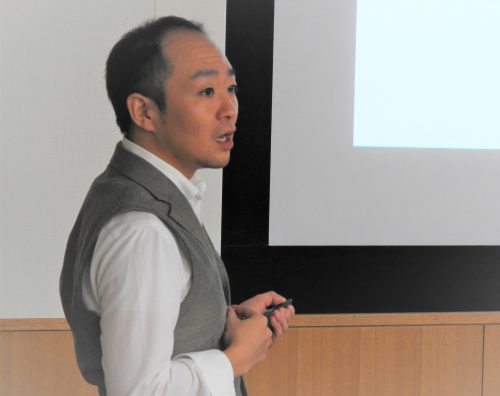 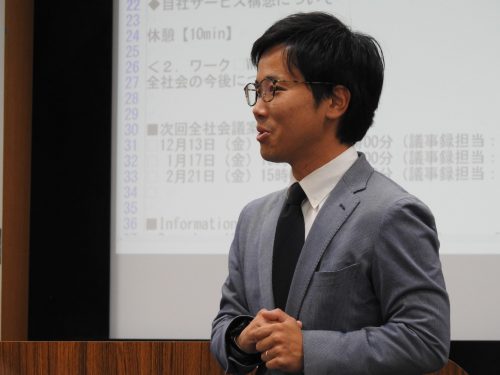 Starting at 15:00, we held our monthly whole company meeting on Friday the 15th of November.

In the first half, each department reported on their working situation. During that part the new staff member that started on the 1st November was introduced.

The representative director Takeuchi talked about company policy, the concept for the company service and also talked about the year-end-party in December.

Director Ichihara, speaking on behalf of the Football Management Division reported on the situation of Mito Hollyhock and talked about the feature of the league-final game.
Footbank’s staff are going to support the team on the final league game of the season set to be held on November 24th.

After the break, all the staff got involved in the discussion about how the company meetings are to be held from now on.
Result of the discussion: as the SES staff working outside of Footbank main office are growing in large number, it’s becoming difficult to gather frequently. For that reason, it was decided to change the structure of the meeting.

The next meeting in December has the year-end-party, so that meeting is expected to be different than usual.