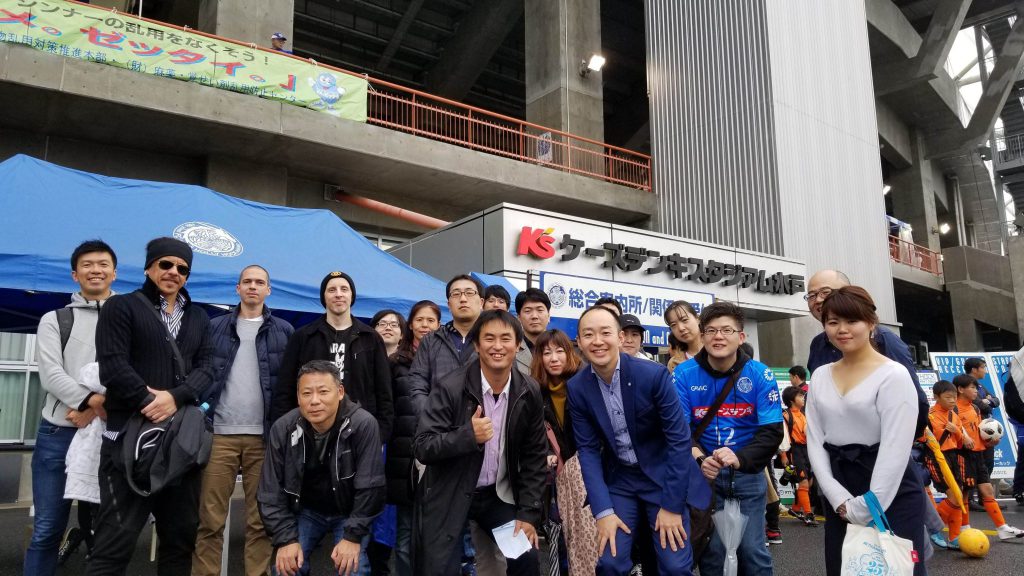 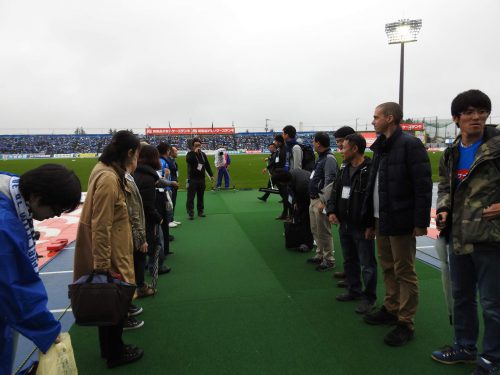 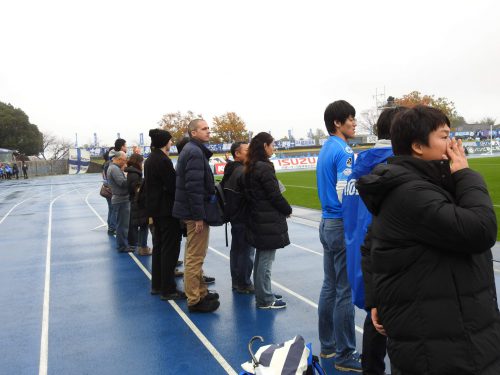 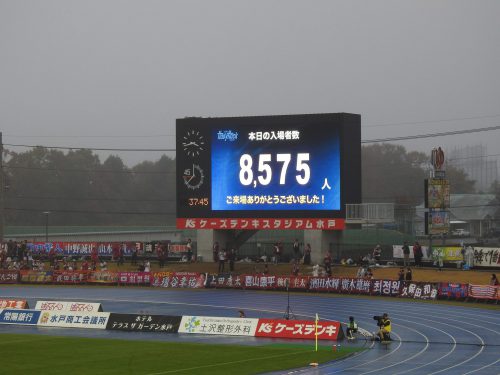 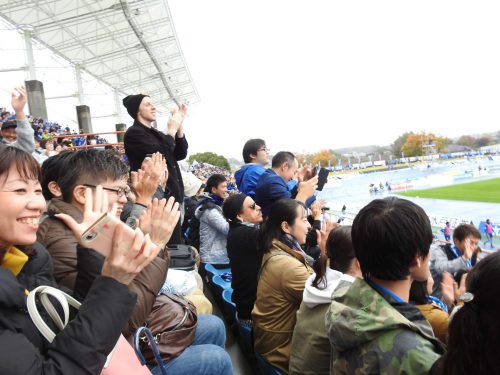 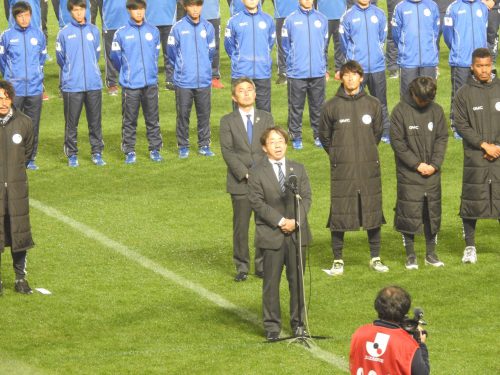 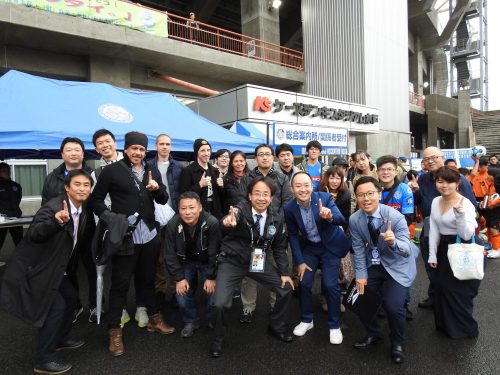 This was the day when Mito HH’s fate was to be decided.
After 21 years since the establishment of the team, having the smallest budget among the J2 league teams,
this was the game where whether Mito HH was to reach the play-offs for the first time was at stake.

The condition for reaching the play-offs, the team needed to be at least in the 6th position.
Before the last match, there was only a slight difference of 1 point between the team in the play-off spot and Mito HH in 8th.
However, just winning wasn’t enough, the outcome was also dependent on the other matches.

From Footbank, including president Takeuchi, Franca, staff, friends and families there was a total of 19 people that went to the venue.
This time, we had the opportunity to send the players off onto the pitch for this important game acting as “hi-five supporters”.

▼Send players onto the field by doing hi-five.

▼The total number of spectators was 8,575 people.

All the matches of the J2 started at same time on this day.
We were supporting our team whilst being anxious about the results from the other grounds too.
The rivaling teams were adding goals steadily when Takizawa was able to score the preemptive goal for Mito Hollyhock just before the break!!

▼We were very excited.

After that, in second half we were alternating between hope and fear with each play.

The time was running out and just as we were thinking that everything was going well for the rival teams…
when there was information coming in about one team having a reversal of fortune.

However, to pass that team there was still one more goal needed…
The bench, spectators and we were shouting ‘kick fast!’, ‘attack!’ to support the team.

The result was cruel having a goal difference just 1 goal short, Mito ended up in 7th position and could not proceed to the play-offs.

At the closing ceremony, there were speeches from the coach, player representative and the president of the team,
expressing feelings of gratitude to fans and followers, as well as talks about the upcoming season.

▼It was emotional when Director Numada said, “I’ve a dream!”.

We were also able to pursue the same dream together because we are Footbank!
Hereafter as well, we would like to contribute to realize Mito HH’s dream together.

▼Photo of director Numada and our company members before the game