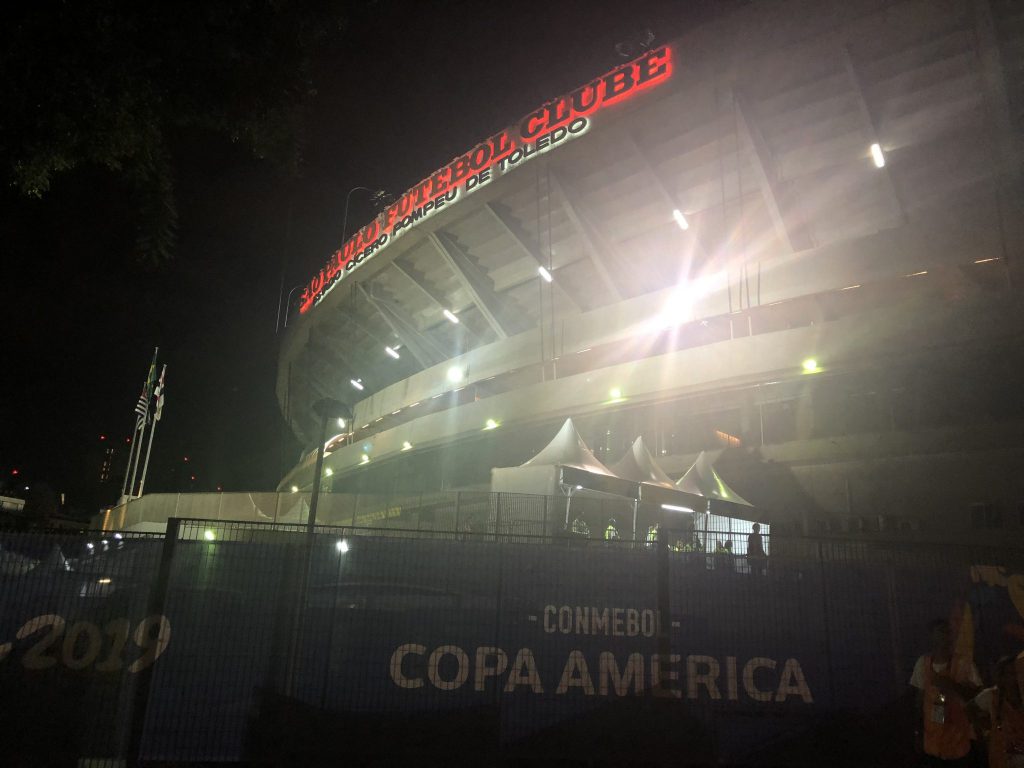 This year in June, just shortly after the announcement that Tokyo had entered the rain season, the tournament where the number one in South America was to be decided, Copa America, was opened in the kingdom of football, Brazil, and in the capacity of especially invited nation the Japanese national football team also participated for the first time in 20 years.

Since some of the players performing over in European leagues and forming a regular part of the squad already took part in the Asian Cup and therefore weren’t eligible to participate (※１), lots of young players around 20 years old like Takefusa Kubo (currently Real Madrid) and Hiroki Abe (Barcelona) took stage. The Japanese team lead by manager Moriyasu were able to play out a closely combated contest against the South American teams, but regrettably were still eliminated from the contest in the qualifying stages and were sent commencing on their journey home.

On the other hand, almost at the same time as the curtains were raised on the tournament, the international transfer market also opened, and like other years, the European market was in the center of things were transactions worth billions of yen followed one after another. On a complementary note, players are only able to change contracts (players going on loan are exempt) from one club to another twice a year on periods of time (※２) established by those countries involved. Almost all of these players are private entrepreneurs, but that time of year is surely a most important time when they all at once all over the world make their efforts at changing jobs.

If trying to put the spotlight on the Japanese players, from those that already participated in the South American other than Kubo and Abe, already performing on the international stage Nakajima, Shibazaki, Kawashima and Tomiyasu made decisions about their transfers. Even though only looking at this, out of a number of 23 players, 7 got their club address changed, and since the European transfer market will go on until the end of August, even more Japanese players are expected to change clubs.

If we’d turn the spotlight towards the amount of money shifting hands on the market this time, that amount exceeds 300 billion yen for the big 5 leagues (England, Spain, Germany, Italy, France) alone. According the a calculation made by Spanish newspaper Marca, after excluding the loan transfers, the total number of acquired players for said big 5 amounts to 484. Based on this the average player transfer fee was 680 million yen.

Comparing this value with the transfer fees for the Japanese players, only Tomiyasu going from Sint-Truidense V.V. (Belgium) to Bologna (Italy) at an estimated price of 1.2 billion yen exceeded that number.

In this column, for part 2, I would like to speculate about the future situation for Japanese football concerning international football transfers, based on the opinions of the domestic clubs and the players belonging to those clubs I visited during my Copa America observation trip.

※１）According to the regulations of international football association FIFA, players are only allowed to participate in intercontinental championships once a year. For any more participations that than, a player needs to have the explicit consent from the club he or she is under contract with.
※２）The various nation transfer window calendar published on FIFA’s official HP