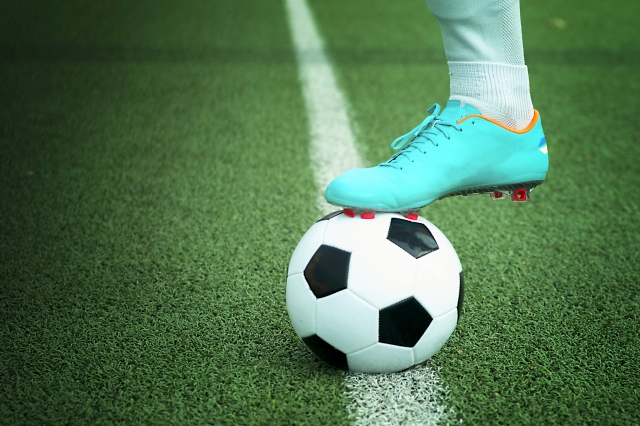 When working as a professional football player, one attractive option is to play in another country.

Nowadays, many Japanese football players are also accomplishing a move to a league in a different country, and beholding the efforts in those leagues is a great source of pride as a Japanese.

For that, here I would like to introduce the details of the procedures that one needs to pay attention in order to transfer to another country, especially for the Japanese players.
Regardless of being under contract with an agent or not, regardless of already being a professional football player or not, as a football player, everybody needs to know these matters. Today, I will omit cases of when the early termination penalty of a player contract occurs or when a player goes on loan and talk about that next time.

Please have a thorough look and use it as a reference for your future career in football.

What is the basic process of a transfer to a league in another country?

These days, there are many Japanese football players who move not only to Europe, but to other areas as well.

For that reason, the agents also have to run around in order to grasp the situation in various clubs allover.

So here and there, what kinds of processes need to proceed?

In conclusion, when in reality moving from the domestic league to a club in another country, the registration process will always be managed in the account provided by the FIFA established TMS（Transfer Matching System).

There are 4 basic types of documents that are needed in order to use that system and registrering the player.

For the player with no experience of going to any league in another country, some things in this article may sound unfamiliar, but I intend to explain them one by one.

Why? Because when transferring to a league in another country, and before being able to actually play in games, the preceding procedure is more important.

The biggest difference between “international transfer” and “domestic transfer” is of course, working in another means crossing country borders. For that reason Japanese people need to get working VISA for that country. Depending on country the procedure of applying for/obtaining VISA may differ. There may also be a difference in what documents that need to be submitted or the time it takes depending on the race one belongs to. First of all it is vital to understand the conditions of getting working VISA and work permit for the country you want to play for.

In order to make a transfer, documents that prove that either the contract period has expired between the player and the former club, or that there is a mutual agreement between both parts concerning termination of the contract, are essential. In the case of J-league Japan, if the contract expiration date is between January 1st and January 31st: according to regulations by the JFA the player will be able to obtain those documents within 5 days after the last league game. However, in most other countries there are no such regulations, and because of that, it’s best for the players to request and receive the documents before leaving the team.

I think players did not see this document before transferring to other country’s league.

The meaning of this document is to prove that except for the player and the club, third parties do not hold the image rights to the player, nor any other rights. In recent years, when a player has moved from one club to another, there have been cases when companies have invested in a part of the player’s image rights in order to get a part of the transfer fee as reimbursement. Once the transfer has been agreed upon, lawsuits concerning the transfer fee have arisen. To give a recent concrete example, it’s easy to recall the litigation issue that arose in regards to the transfer fee when Brazil national team representative Neymar was transferred from his Brazilian domestic club to the prestigious Spanish club FC Barcelona.

This is literally, the contract entered into with a new club.

However, the reason why I brought this up at number 4 is that I’d like you to refrain from signing the contract too easily just because you have a strong desire to play in another country and then get an offer. In the football world of Japan there is a clear rule that when making a professional contract, you have to use the by the JFA designated contract, whereas there is not even such a rule in other countries, where every club create their own individual contract paper and after using it is often not even displayed. In such a case, it’s painstaking to go through each sentence, each word for tens of pages written in a foreign language.

The contents this time is in the end under the premise of “when moving to a league in another country, you end the contract with the domestic club”, limited to an explanation concerning the documents. However, when you do get an offer from a club in a league in another country, how should you receive it? Should you entrust the dealings to an agent, or should you try to go there by yourself?. There are various ways. Other than that, for those players having family, they need to pay some attention to the living environment at the place they are going to.
By reading this article, how about thinking anew about your football career from now?